Where do you speak your truth? Are other people comfortable sharing their truth with you?

A few weeks back a woman shared that she did not tell the truth about not wanting to do something because she knew her son would get angry. I asked her “what if it is okay if he gets angry?”

That thought had not crossed her mind. She believed it was never okay to say something that might lead to someone being upset or angry. She believed this so much that it meant she sometimes denied her own truth and acted like things were fine just to avoid the fallout of someone’s anger.

Sometimes a person may enter challenging conversations without fully considering the feelings and emotions they bring with them. These feelings later become an excuse for behaving dishonestly or speaking without dignity, respect, or consideration.

When it comes to sharing the truth, people usually tell me one of two things: 1) I do not share what I really think because my (spouse, child, boss, colleague, board member) might get mad or 2) when I have had enough, I give people a real piece of my mind (in a rather angry tone).

Hurt, anger, and frustration are feelings. Feelings must be considered, understood, felt, experienced, and processed. Learning how to feel feelings may be an important and oft-neglected life skill.

Actions require consideration separate from feelings, and careful choosing. Despite experiencing anger, hurt, or frustration, a person may still act with dignity, respect, and consideration.

It does not mean denying feelings. It may mean compassionately acknowledging, clarifying the underlying need, and creating a plan to meet the need. The plan may include setting healthy boundaries.

What if all people get to speak their truth? What if people also get to feel upset? Being upset does not invoke the right to yell, scream, swear, belittle, hit, or harm someone or something. Speaking your truth also does provide an excuse for doing so.

What would it look like to speak your truth with clarity and compassion? 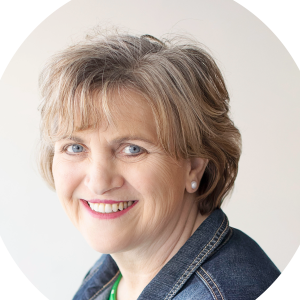